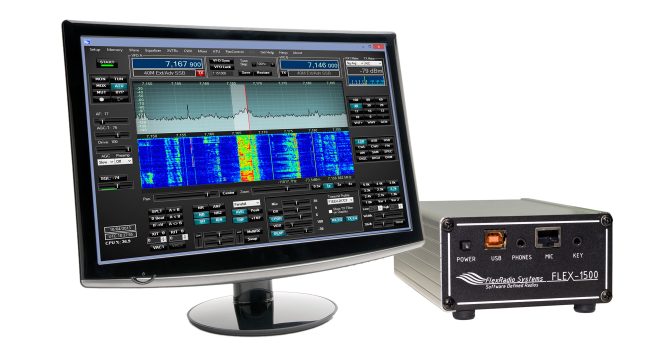 I have been doing extensive research in where the state of the art is in Software Defined Radio (SDR) these days. It has been actively around for over 15 years. I had taken some interest in the systems when I was a participating member in Tucson Amateur Packet Radio activities. I was more interested in packet radio than SDR, but did take an interest in all the radio modules with the funny names.

My recent investigations reveal the system is still quite popular but mostly with receivers and not so much with complete deliverance systems. The system that TAPR was supplying kits for is still very much alive. I see where someone is still building complete systems.

I can't find anything that says SDR is a bad idea. It is however a ton of work to scratch build.

The FlexRadio Systems folks are the big exception for delivering a real product. There are a few lesser know commercial and military SDR systems that appear to be outside the USA. Most are very high priced as are the FlexRadio systems, except for their FLEX-1500 QRP version.

I see a crop of low cost DSR receiver modules are flooding the market in the sub $100 range. I don't know enough to have an opinion on these USB stick devices, but they do seem to be less than serious for real two way communication use. Probably interesting and low cost way to experiment and do SWL (Short Wave Listening) Most extend far into the UHF frequencies.

One very big issue is see is almost no solid recomendation on the computer half of the SDR radio. I had to dig very deep into the FlexRadio Systems website to even get a hint of what the specifications needed to be on the computer hardware for their systems. It is certainly a very critical part of how well a SDR system will perform.

I have read a lot of user reports on various SDR equipment and the folks that struggle the most probably are trying to use an inferior computer. The best computer information I could find was posted in a BLOG on the FlexRadio website. Nothing is mentioned about a target computer spec in any of their literature or specification pages. In fact I can't find that same reference again.

FlexRadio is now building a complete computer display front end for their premium Flex-6xxx radio systems called Maestro. I saw the new Maestro terminal running at the Arlington Hamfest this summer and it definitely was impressive.

So as I suspected, the SDR does need a good computer and very high powered data processing CPU system to perform the best. $400 laptops will not cut the mustard. Laptops are actually not generally recommended by FlexRadio. Desktop multi core processors with powerful and non-motherboard GPU's are what they say is really required.

I have discovered some laptops that will do the job, with the lowest cost I could find being around the $800 range. They are often called minimal “gaming” laptops and have very good NVIDIA or ATI GPU boards. Separate GPU's take a lot of graphic load off the main CPU cores.

At that price, they are really not top notch gaming machines. They would be excellent for rover microwave systems with a Flex 1500 and not too much multitasking.

So the rule is, “don't try to marry a good SDR to a basic PC and then complain about poor radio performance." It needs to be a lopsided marriage where the computer system carries most of the work load.

I have intentionally been vague in this posting about specific brands and models except Flex Radio Systems. It's because the Flex-1500 has my attention as a good first IF radio for VHF/UHF/Micro Wave use and an affordable rig for general coverage receive and QRP ham use. The hard part for me is the initial cost for both the SDR and a suitable computer (for rover use) is $1500. It's not a free ride.