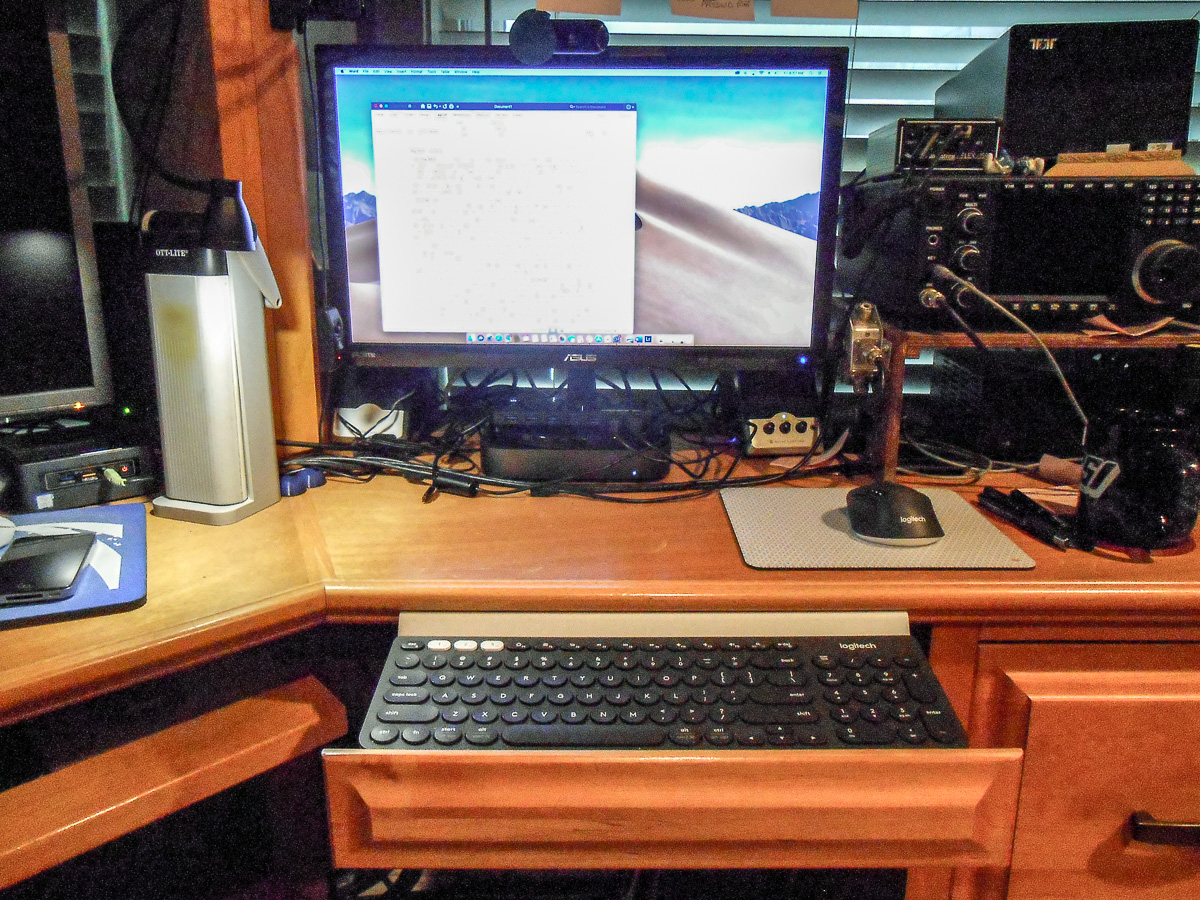 I once thought of trying to reduce my office/ham shack computer count from four systems to two. My goal should be down to one system. I know it is possible, but that one would have to be Windows 10. Everything for which I need or use a computer COULD be handled on that operating system.

I can’t say that is possible with either Apple OSX (MAC OS) or Linux.

The reason for using these “extra” computers is because I like using them. It’s like knowing and speaking several languages.

But, WIN 10 has some bad “in my face” operational habits* that drive me crazy. I’d rather switch than fight. So, that’s what I do.

The RIF (Reduction In Force) in the number of my computer systems is not going to happen any time soon. I am happy the way my computing needs are presently satisfied. I have redundancy when or if I need it.

The RIF thought was just a thought. What actually happened was I added the MAC mini as one more core office system.

I was judging the MAC mini performance from my experience with my year 2005 edition. The old mini is still functional and suitable for email and light web browsing. Its execution speed is nothing of which to brag about.

My new 2019 version is a totally different animal. The old operating systems were named after “big cat” animals for a while. Now the MAC OS uses remote locations like “Mojave”

The MAC mini can easily become my primary daily driver PC. I am still switch hitting with the edge going to the mini as it is the new kid on the desk. Several weeks of use and it can easily hold its place.

The choice is really what software I need to use at the moment. I have some heavy hitter software systems that are only available on the Windows PC. That and the fact my windows machines are very good with their quad processors and copious memory, both Ram and hard drive.

These computers are all desk systems. Laptops and portables are (again) another animal. I don’t have much need for portable operation, and I enjoy the large screen monitors. I have several small laptops, one, a Surface tablet running WIN 10 and the other a netbook using a flavor of Linux. (Xubuntu) I don’t count these machines as part of my office needs. Just handy portables.

My desk is crowded with screens and computers and the TenTec Omni VII, but I have become accustomed to the crowded conditions. It’s a very nice working space.